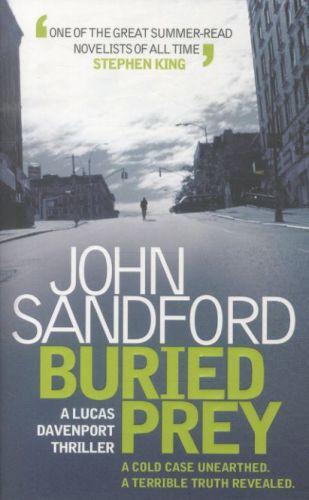 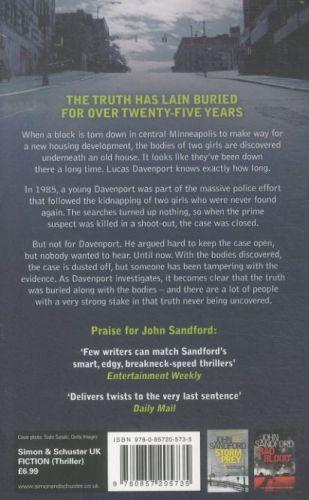 When a whole block is torn down in central Minneapolis to make way for a new housing development, an unpleasant surprise is unearthed. The bodies of two girls, wrapped in plastic, are discovered underneath an old house. It looks like they've been down there a long time. Lucas Davenport knows exactly how long. In 1985, Davenport was a young cop just about to be promoted out of uniform, despite a reputation for playing fast and loose with the rules. A superb undercover guy, he was part of the massive police effort that followed the kidnapping of two girls who were never found again, dead or alive. The searches turned up nothing, so when the suspected kidnapper was killed in a shoot-out, the case was closed. But not for Davenport. He'd gotten deep into the case, and while he was convinced the suspect knew something, he didn't think he was the perpetrator - something just felt off. He argued hard about it to his bosses, but nobody wanted to hear. Until now. With the bodies discovered, the case is dusted off, just to tie a bow around it - but there's something wrong with the evidence. There are indications of tampering. Police tampering. And as Davenport investigates, it becomes clear: It wasn't just the bodies that were buried, but the truth - and there are a lot of people with a very strong stake in that truth never being uncovered.