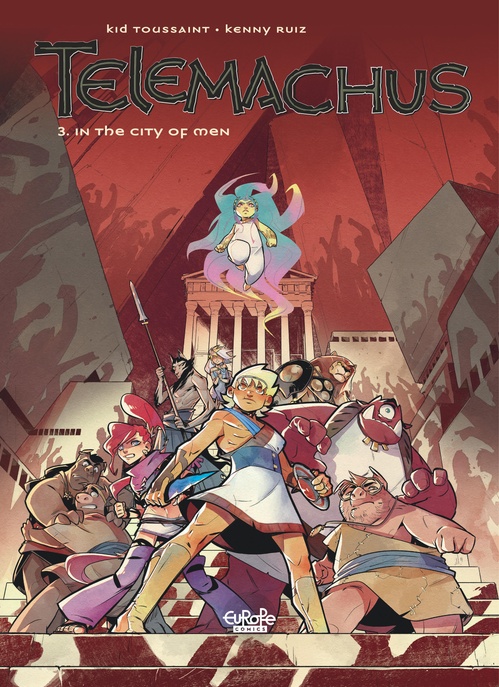 Telemachus - Volume 3 - In the City of Men

While Telemachus, following the trail of his father Ulysses, is tied up in the faraway land of the Laestrygonians, the hot-headed Neoptolemus is marshaling his army of fierce Myrmidons off the coast of Ithaca, where Queen Penelope takes the lead in strategizing against the threatening fleet. In this latest chapter of the adventures of young Telemachus, the driven and impulsive young prince must use all his wits and rely on his new friends to unravel the mystery of his father's whereabouts before a full-on war breaks out