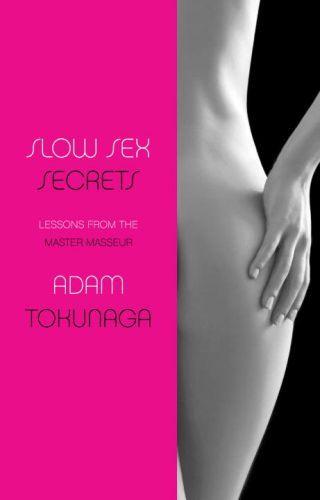 Have you had great sex? Oh, you may think you have, at times eliciting vocal responses or squirms of seeming pleasure from your partner. And in comparison to your peers, your intimate moments may be a step above the curve. But according to author of Slow Sex Secrets: Lessons from the Master Masseur Adam Tokunaga, you haven't. Why? Because only he has had truly earthshattering sex, and because only he has unlocked the secrets to the kind of sex that even the ancient Indian masters of the Kama Sutra envy.
A word-of-mouth bestseller in Japan, Slow Sex Secrets: Lessons from the Master Masseur enlightens todays selfish man to the debilitating effects of self-centered sex. Through in-depth analyses, based on more than a thousand sexual encounters with women, Japanese sexpert Adam Tokunaga reveals the secrets to having mind-blowing sex. Concepts and strategies include:
Time--the magic word. But dont be fooled; longer is not necessarily the key, but an important facet to be married with quality.
The plague of junk sex--mens concept of orgasming as if the act were the finish line of a race to be run as quickly as possible, leaving women to become disillusioned with sex, causing them to become frigid.
The Adam Touch--Tokunagas secret massage-derived technique that drives women wild.
Adams G-spt, the amazing T-spot, and uncovering the secrets of the mysterious A-spot.