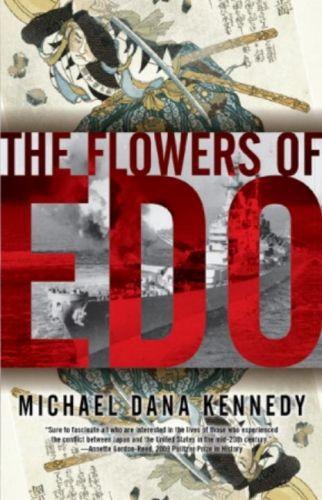 The Flowers of Edo

In the climactic closing months of World War II, Allied Intelligence officers are summoned to the Malcañan Palace in Manila to be briefed by General MacArthurs Intelligence Staff on the optimal conclusion to the conflict in the Pacific Theater. Intelligence collected at the time concluded that the Americans had only three options to effectively force the Imperial Japanese Military into surrender: encirclement, blockade, and bombardment; isolating Japan from its forces in China, Korea, and Formosa; or engaging Japan through a full-scale amphibious invasion.
In the debut novel by Michael Dana Kennedy, Japanese-American Lt. Ken Kobayashi must straddle a delicate line between duty to country and honor to his family as he is assigned by General MacArthur to infiltrate the Imperial Japanese Army in the lead-up to an invasion of the Japanese archipelago. From the deck of the U.S.S. Yorktown to the halls of the Imperial Ministry of War in Ichigaya in Tokyo, The Flowers of Edo reveals the intricacies of the military machine and the human and cultural price that was paid in the bombings on Japan through a perspective never before seen in fiction. Meticulously researched and endorsed by military insiders and historians from both sides of the Pacific, Lt. Kobayashis tale of espionage and romance will shed new light on what might have happened.