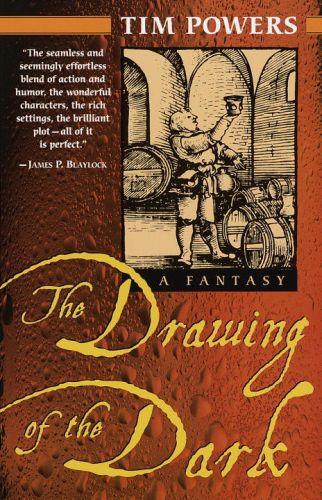 The Drawing of the Dark

Brian Duffy, aging soldier of fortune, had been hired in Venice by a strange old man who called himself Aurelianus Ambrosius. He was supposed to go to Vienna and act as bouncer at an inn where the fabulous Herzwesten beer was brewed. That was clear enough.But why was he guided and guarded on the trip by creatures from the ancient legends? Why should he be attacked by ifrits and saved by mythical dwarfs? What was so important about the Herzwesten beer to the Fisher King whoever he was? Why was Duffy plagued by visions of a sword and an arm rising from a lake? And what had a bunch of drunken, ancient Vikings to do with it all?Then there was no time for speculation as Vienna was besieged by the Turkish armies of Suleiman. Duffy found himself drawn into a war of desperation and magic. It was up to him to preserve the West until the drawing of the Dark.From the Paperback edition.