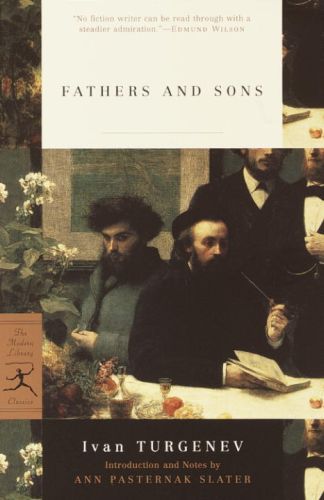 When Fathers and Sons was first published in Russia, in 1862, it was met with a blaze of controversy about where Turgenev stood in relation to his account of generational misunderstanding. Was he criticizing the worldview of the conservative aesthete, Pavel Kirsanov, and the older generation, or that of the radical, cerebral medical student, Evgenii Bazarov, representing the younger one? The critic Dmitrii Pisarev wrote at the time that the novel "stirs the mind . . . because everything is permeated with the most complete and most touching sincerity." N. N. Strakhov, a close friend of Tolstoy and Dostoevsky, praised its "profound vitality." It is this profound vitality in Turgenev's characters that carry his novel of ideas to its rightful place as a work of art and as one of the classics of Russian Literature.From the Trade Paperback edition.