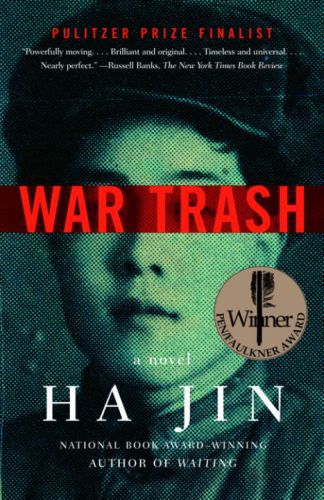 Ha Jin';s masterful new novel casts a searchlight into a forgotten corner of modern history, the experience of Chinese soldiers held in U.S. POW camps during the Korean War. In 1951 Yu Yuan, a scholarly and self-effacing clerical officer in Mao';s "volunteer" army, is taken prisoner south of the 38th Parallel. Because he speaks English, he soon becomes an intermediary between his compatriots and their American captors.With Yuan as guide, we are ushered into the secret world behind the barbed wire, a world where kindness alternates with blinding cruelty and one has infinitely more to fear from one';s fellow prisoners than from the guards. Vivid in its historical detail, profound in its imaginative empathy, War Trash is Ha Jin';s most ambitious book to date.From the Trade Paperback edition.