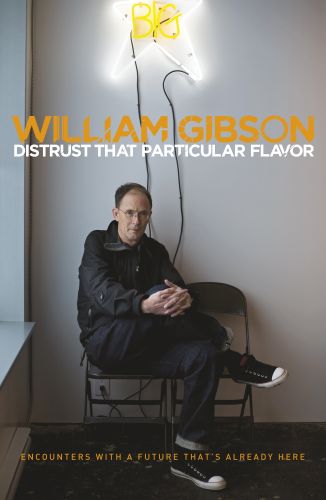 Though primarily known as a novelist, over thirty years William Gibson has also built up a reputation as one of our most entertaining and insightful critics of contemporary culture. He is widely credited with having described the internet and cyberspace before any such things existed.Distrust that Particular Flavor brings together for the first time his writings on a wide variety of contemporary subjects: the differing cultures of Japan and Singapore; music and the movies; what's wrong with the internet; the interactive relationship between writers and readers; and many others. Also included in the book is a fascinating autobiographical sketch: his upbringing in the South, the early death of his parents and his escape into books; and the move to Canada to avoid the draft.Over the years Gibson has been eagerly commissioned by Wired, Rolling Stone, the New York Times
and other influential journals, as well as tiny publishers, online sources and magazines that no longer exist. These collected writings grant readers a privileged view into the mind of a writer whose thinking has shaped not only a generation of writers but our entire culture.