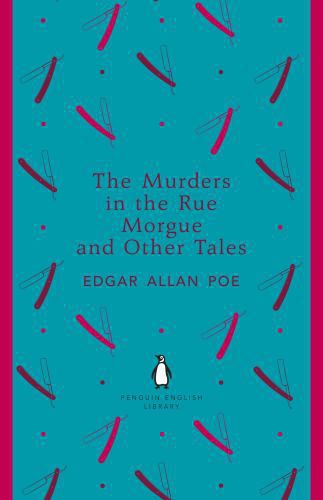 The Murders in the Rue Morgue and Other Tales

With an essay by D. H. Lawrence.

'... an agility astounding, a strength superhuman, a ferocity brutal, a butchery without motive, a grotesquerie in horror absolutely alien from humanity...' Horror, madness, violence and the dark forces hidden in humanity abound in this collection of Poe's brilliant tales, including - among others - the bloody, brutal and baffling murder of a mother and daughter in Paris in 'The Murders in the Rue Morgue', the creeping insanity of 'The Tell-Tale Heart', the Gothic nightmare of 'The Masque of the Red Death', and the terrible doom of 'The Fall of the House of Usher'.

The Penguin English Library - 100 editions of the best fiction in English, from the eighteenth century and the very first novels to the beginning of the First World War.